and News about the Crew Classic 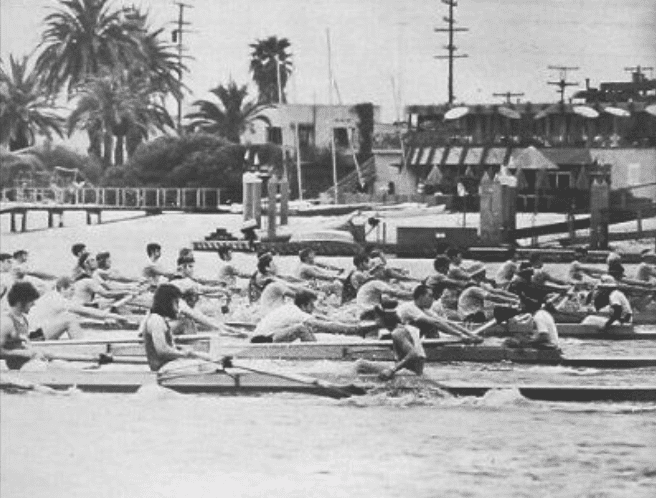 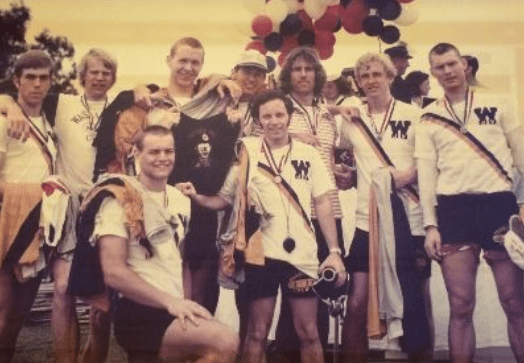 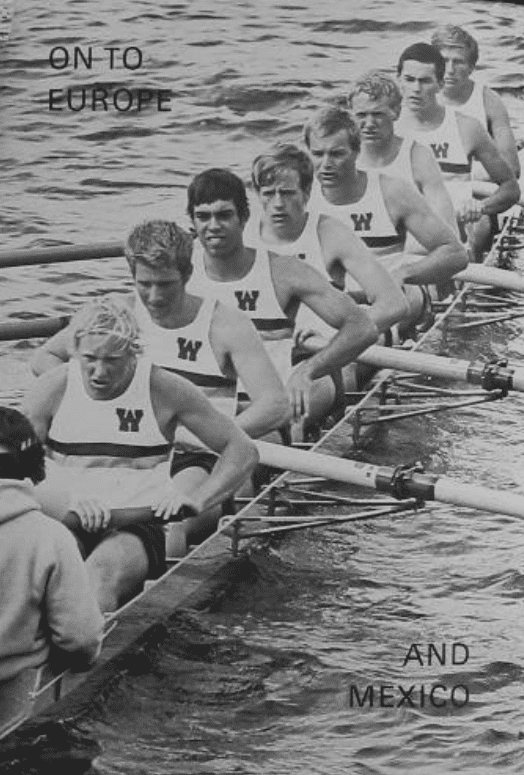 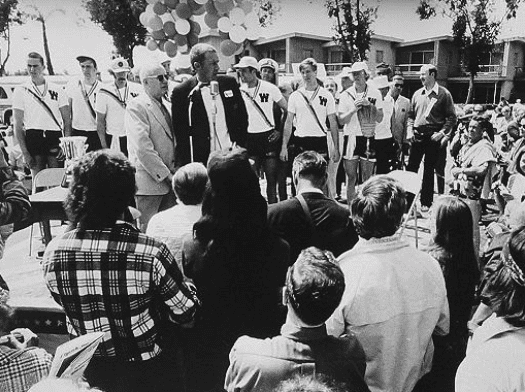 Many of us are familiar with the fact that the first San Diego Crew Classic was created in order to give the University of Washington and the Naval Academy’s men’s teams an opportunity to race each other early in the Spring season. In that first race, the University of Washington won the men’s varsity, junior varsity and freshman races with the Naval Academy close behind. The largest difference between the two teams was a 2.7 second margin in the junior varsity race while the difference between the varsity boats was only 1.8 seconds. The other teams racing were Long Beach State, UCLA, Loyola Marymount and San Diego State.

To win a 1000 meter race by over a boat length of open water is truly phenomenal and shows the women at Long Beach State were formidable competitors. Their boathouse was a West Coast training center for the US National Team at the time, it makes sense that the competitiveness of the National Team would carry over to the university rowing out of the same boathouse.

If you’re wondering where we got these results, we’d like to introduce you to our online portal for the historical results of races from 1973-present times. Many thanks to our Board Member Dan O’Neill who put this together. You can download the result here, click on Past Results. 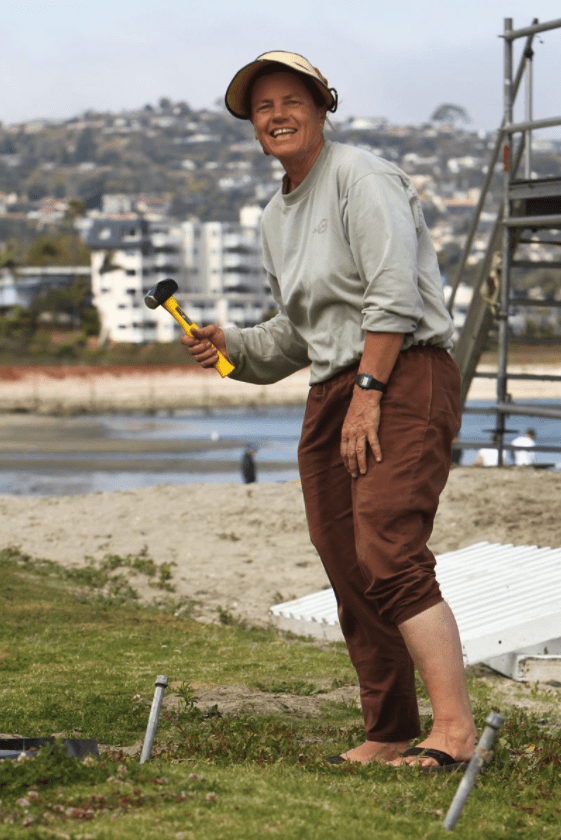 Shirley Doell – with her infectious smile and “Get it Done” attitude.  For nearly 40 years Shirley volunteered at the Crew Classic – most notably installing the race course

On 26 March 2020, the San Diego Crew Classic lost a beloved and talented woman, Shirley Doell.  She passed away on her boat (and home), Muav, on her own terms after a year-long battle with lung cancer. Shirley is a very special person and we were lucky to have known her.  She will be missed by all who knew her.

Shirley competed in the Crew Classic in the 80s as a UCSD student, and later as an MBRA rower.  She also ran the UCSD, SDSU, USD, MBRA combined boathouse on Santa Clara Point. While still competing, she used her many talents to help put on the Crew Classic until 2018–a run of nearly 40 years.  In recognition of this, in 2019, she was awarded the Patty Wyatt Lifetime Achievement Award.

A lifetime of experiences which she could apply to the things she did made her the consummate waterwoman.  Shirley learned to sail her 8’ El Toro at 10 years old, sailed on the family Santana 22 and after graduating from UCSD, she sailed many thousands of miles aboard her father’s boat, Muav (later her home) to Hawaii, Alaska, Europe, the Caribbean, Panama, the Galápagos Islands, Baja California, and the west coast of California.  Shirley was a licensed US Coast Guard captain, taught sailing at all levels, as well as USCG license prep courses.

Another love Shirley had was birds—birdwatching, bird photography and bird counting.  Yes, she was one of those with a large spotting scope to watch the birds. For seven years, she went to Midway Island to help with the National Wildlife Service’s albatross count.  During the rest of the year, she enjoyed watching nests of peregrine falcons, osprey and golden eagles in the San Francisco Bay Area. Shirley installed an osprey nest platform near her marina, with some protests from the neighbors.  But after the first nest and fledglings, the whole marina adopted the birds as their own—and have done so for many years now!

For the Crew Classic, Shirley worked and trained hundreds of volunteers over the years to work on the course—40-50 trainees a year, at least.  She involved many of her friends to help, and made many more along the way. It’s just the way she was—with her yellow pads of paper, her hair held in place with a bandana, and an ever present smile.  She balanced the pressure of the installation and removal of the course, in such a short time window, while being ultimately concerned about the quality of the experience for the volunteers. This created a very loyal core of volunteers that returned year after year.  Each year she would improve many aspects of the course install/removal to improve efficiency, from buoy adjusters, to docks, ramps and procedures. A fine example of her concern and dedication to the event was her off-season rebuild of two operations docks, with little help, over the course of 30 days.

The Crew Classic will be a different event without Shirley.  Her last words to us were, “My best wishes for everyone’s path to fulfillment.” She will be greatly missed by all who knew her and has set for us all a great example. 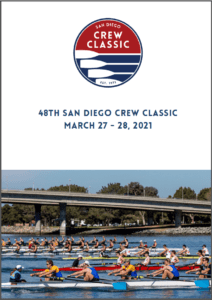 The primary concern of the San Diego Crew Classic is the health and safety of all the members of our community – the athletes, vendors, volunteers, city employees, and attendees.  Based on California Governor Gavin Newsom’s and the California Department of Public Health direction that all public events and gatherings over 250 people should be cancelled or postponed, regrettably, we are cancelling the San Diego Crew Classic for April 4-5 2020. CA DPH Notice. Additionally, other states and municipalities have banned gatherings as well as numerous colleges have cancelled all events.  While we do not take this step lightly, we feel it is in the best interest of the members of the community and may help to prevent the spread of COVID-19.

We recognize this may cause disruption to the plans of many people.  We are assured Regatta Central will refund entry fees. Additionally, we will work with Event Brite to refund ticket fees.  Finally, concerning various other items such as vendors and alumni tents, we will reach out to make refund arrangements; please be patient with us given this unprecedented situation.  While we understand this will have financial impacts to all parties, We hope everyone will recognize the impact to the SDCC and consider providing a donation to the SDCC so this beloved race can be successfully held in future years.

Thank you for your support of the SDCC and patience as we made this decision.  Please be safe and take all the recommended precautions to help prevent the spread of this virus.  We look forward to seeing you all safe, and well, at the 2021 San Diego Crew Classic March 27-28, 2021.  It will be better than ever!

We look forward to seeing you at the 47th San Diego Crew Classic –  Your rowing season starts here!  Registration opens on the 16th of September.  We have some exciting changes this year and we believe the Crew Classic will be better than ever.  Most importantly, we plan to utilize only seven lanes this year which we believe will make the competition, and the viewing, even more exciting.  Though this may limit the number of entries in some races, we believe it will increase the competitive spirit.

In the interest of growing junior rowing, especially among younger or smaller clubs, we are adding a few 4x races in the Juniors JV and Novice (coxed) category.  Of course we are continuing our many cup races and the exciting college duals. You can expect sunny warm San Diego weather along with the usual fun and exciting Crew Classic atmosphere.

We would like to encourage you to stay at one of our fine San Diego partner hotels – as they are huge supporters of the Crew Classic.  We’re still working the details but we would like to thank you by providing special incentives when you stay at one of our partner hotels.  There are over 25 hotels in our partner program and can be found on our website.  There are a variety of location and pricing options, and are available to rowers, family and friends  – please ask for the ‘Crew Classic Group’ rate when booking.  Hotels may offer additional incentives such as free/reduced parking, free breakfast, shuttle service.

Be sure to ask for the ‘Crew Classic Group’ rate when you make your reservation – please pass this to your friends, parents, and team coordinators to help them stay at our partner hotels and help support the crew classic.

Thank you for your continued support of the Crew Classic and see you in San Diego on April 4th and 5th! 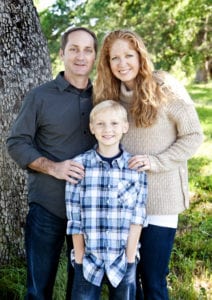 Smith as its new Executive Director. Smith brings 20 years of experience in business and connections in rowing to the position. Her love of the sport began as a rower in the US national team system and continued as coach on both juniors and collegiate teams. She is both an entrepreneur and engineer and has been running her own business for 10 years. She is a part of the local rowing community currently serving as a coach of the Juniors and rower with the Masters at San Diego Rowing Club. Her fondest memory of the San Diego Crew Classic was her Lightweight Women’s win in the Referee’s Cup in 2016. She looks to draw upon her passion for rowing as well as her leadership and strong business acumen in her new role. Bobbie is a graduate of UCLA where she also rowed.

When asked about her new position, Smith said, “I am excited to be a part of the Crew Classic in its 47th year of racing and look forward to the years to come. My earliest memory of San Diego Crew Classic was as a novice athlete at UCLA. I had no idea how big the sport was nationally, and was happy to see all of the rowers, including Masters. There were literally thousands of people racing. I knew then that this was a sport I could compete in for the rest of my life. I am grateful to have the opportunity to work with the great community that we have here in San Diego and keep this regatta going strong for years to come. Most of all though, I am grateful to be able to give back to this community that has given me so much.”

I look forward to staying in touch and hope to see you at the Crew Classic. 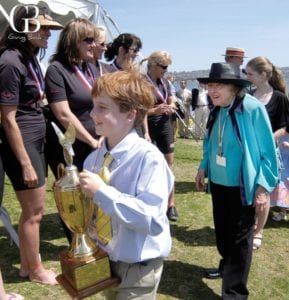 February 2020
Giving Back Magazine, gbsan.com
She gave birth to eleven children and then earned her bachelors in Chemistry, her masters in Nutrition (both from the San Diego College for women) and her MD from Harvard, then called Radcliffe University. She journeyed through the Andes and jungles to help women in the tribes of the Amazon, she taught women in colleges locally and assisted farmers with their sick cows in Germany. She took the time to give to her community, because that was who she was and this is the reason the San Diego Crew Classic’s Women’s Masters Club trophy is named after Thalia K Considine. more

Crew Classic Sunday: Plenty of Room in the Spotlight

April 7 , 2019
by Ed Moran, row2k.com
By the time the 2019 San Diego Crew Classic ended Sunday 38 Trophies were presented, more than 378 medals were won and new memories were made for crews of all levels and ages. more 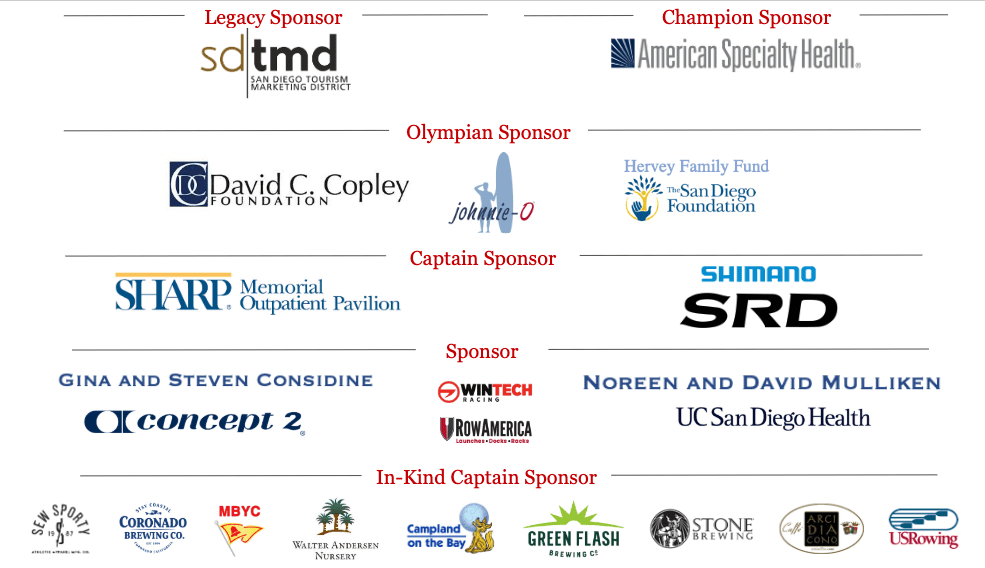